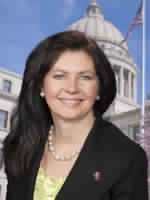 Recently, my colleague in the Senate, Senator Kenny Wayne Jones, released a statement taking the Mississippi Senate Conservative Coalition to task for questioning the new Common Core Standards being implemented in Mississippi. He is short on evidence to support his claims and makes several false statements.

It boggles my mind that the Chairman of the Legislative Black Caucus or anyone else in Mississippi would be content with an education plan that would take 12 years to close the achievement gap between black and white students in the areas of Mathematics and English Language Arts.

As Chairman of the Legislative Black Caucus, I find it strange that this newly formed Mississippi Senate Conservative Coalition has become so passionate about the education of minorities and that they believe our children are held to different standards.

Nothing could be further from the truth.

One need only look at page 67 of the document that Mississippi’s Dept. of Education submitted to the federal government in  July 2012 {ESEA (No Child Left Behind) Waiver}(see table below) as part of the Common Core testing  target scores for each student subgroup over a six year period.

It states the goal is to close the achievement gap in half in six years. So it would take 12 years on that plan to fully close the achievement gap. Each school and district is held to a different accountability standard based on their demographics. The AMO’s or Annual Measurable Objectives are different all over the state and play a significant role in each school and each district’s report card.

It should be known that the same senators now raising concerns voted AGAINST the legislature’s historic move to fund pre-kindergarten programs in this state and our efforts to hire reading coaches who would have helped our lower performing schools to greatly improve – legislation meant to help all children regardless of race or circumstance.

Did some conservatives vote against state funding of Pre-K? Yes, we did.

I will not apologize for voting against a bill that grows government programs below kindergarten in a state that is desperately trying to manage an education budget which already consumes around sixty percent of the entire state budget.

The Pre-K bill also turned philanthropy into corporate welfare giving already participating business partners a one hundred percent state tax credit up to one million dollars per year which would require an equal match from the state budget.

The plan could cost the state up to $64-million in as little as three years and only serve students in large State Dept. of Education approved collaboratives. There is also a concern that many quality smaller Pre-K providers in the state of MS would go out of business no longer able to compete with the hand picked larger collaboratives  getting the taxpayer subsidy.  These Pre-K providers are voicing their stringent opposition to this bill.

I also must mention a recently released federal government intensive study of head start students which did not show any marked increase in long term academic performance despite the millions of dollars spent.

The Chairman says that we voted against hiring reading coaches.

There was NEVER any Republican vote in the Senate against reading coaches. Senate Bill 2347 is the Literacy Based Promotion Act which states that third grade students who score on the lowest proficiency level in reading will not be promoted to fourth grade unless they meet a specified list of good cause exemptions.  Section 11 states  “The provisions of sections 1-10 of this act which include components necessary to provide for teacher training, instructional materials, remedial education training and administration of intensive literacy curriculum shall be subject to legislative appropriation. “

The final vote on SB 2347 was taken on April 3, 2013 with only three Senators voting Nay… Bryan, Dawkins, and Simmons (12th). As for the appropriation (House Bill 1648) which contained about $9-million in new money and close to $3-million in re-appropriated funds for the reading coaches, I requested clarification from the floor that the agreed upon funds for the literacy initiative was indeed in the bill before the vote was taken. (This should be in the Senate record on March 31, 2013 as well as in the archived legislative webcast.) The final vote on HB 1648 passed the Senate without a dissenting vote.

Senator Jones and I voted the same on both bills.

The Chairman makes the statement that the “state” invested countless resources over the last three years after adoption of the Common Core Standards.

Now, three years after the state invested countless resources to adopt higher standards meant to lift Mississippi from the bottom of educational performance, this “Coalition” wants to put the brakes on Common Core State Standards. I say consider the source.

If Senator Jones is referring to the State Board of Education and the MS Dept. of Education, he may be partially correct. But if one is led to believe by his statement that the state legislature was briefed on Common Core or ever took a vote on Common Core to adopt or fund the initiative, then that belief is FALSE.

I was not yet elected when MS was set on this path along with many other states after the federal government used billions of dollars in federal Race to the Top grant money to entice states on board with Common Core. The other enticement to adopt the standards was to be eligible for the ESEA Waiver which set in motion the race-based proficiency testing targets.

The grant competition signed on to solely by the executive branch bound us to unpiloted unwritten standards, unwritten unpiloted tests, unknown financial and technology requirements, collection and sharing of personal information on students, an unproven teacher evaluation system, the inability to change or delete any standard, and a limit of only adding 15 percent to the standards.

Many students in Mississippi currently take Algebra I in 8th grade. Common Core pushes this back to ninth grade. I am being contacted by confused parents as they get their children’s middle school schedules.

By the Way, Mississippi got none of the grant money that began this debacle. Yet, thanks to our Department of Education, WE just lost control of our educational standards.

Senator Jones says that the Conservative Coalition wants to put the brakes on Common Core. In this, he is correct, and we should.

Just as we have learned more about this tentacled experiment with our children and our tax dollars, many legislators in other states are awakening and pushing back as they too find out what this really means. It parallels what is happening with regard to the “Non-Affordable” Care Act.

I believe it is the legislature’s obligation as representatives of the people and as stewards of the purse to question this decision. There was no opportunity for timeliness in the questioning because the legislature was not briefed, and no hearings were held.

Many legislators still know little to nothing about this huge undertaking that reaches so far as to not only effect the public schools, but also private schools, and the home-schooled now that the ACT, SAT, and AP tests are being aligned to these standards. They too are stakeholders who had no knowledge or input in this decision.

The control of our educational standards should never be turned over to an outside body with no checks and balances as was done with adoption of Common Core Standards, especially without the advice and consent of the elected legislative body .

The standards were adopted in most states before they were ever even written or before one person in the state ever laid eyes upon them. Is that responsible or prudent? Would you buy a car with your own money without picking out the color or taking a test drive, or knowing what it costs? I think not.

Senator Jones would do well to check the facts.

Senator Angela Hill is a former educator from Picayune representing District 40 in the Mississippi State Senate. She was first elected in 2011. Hill is a former science teacher and has been a vocal proponent of education reform. She is a member of the Senate Education Committee, as well as 7 other Senate Committees.